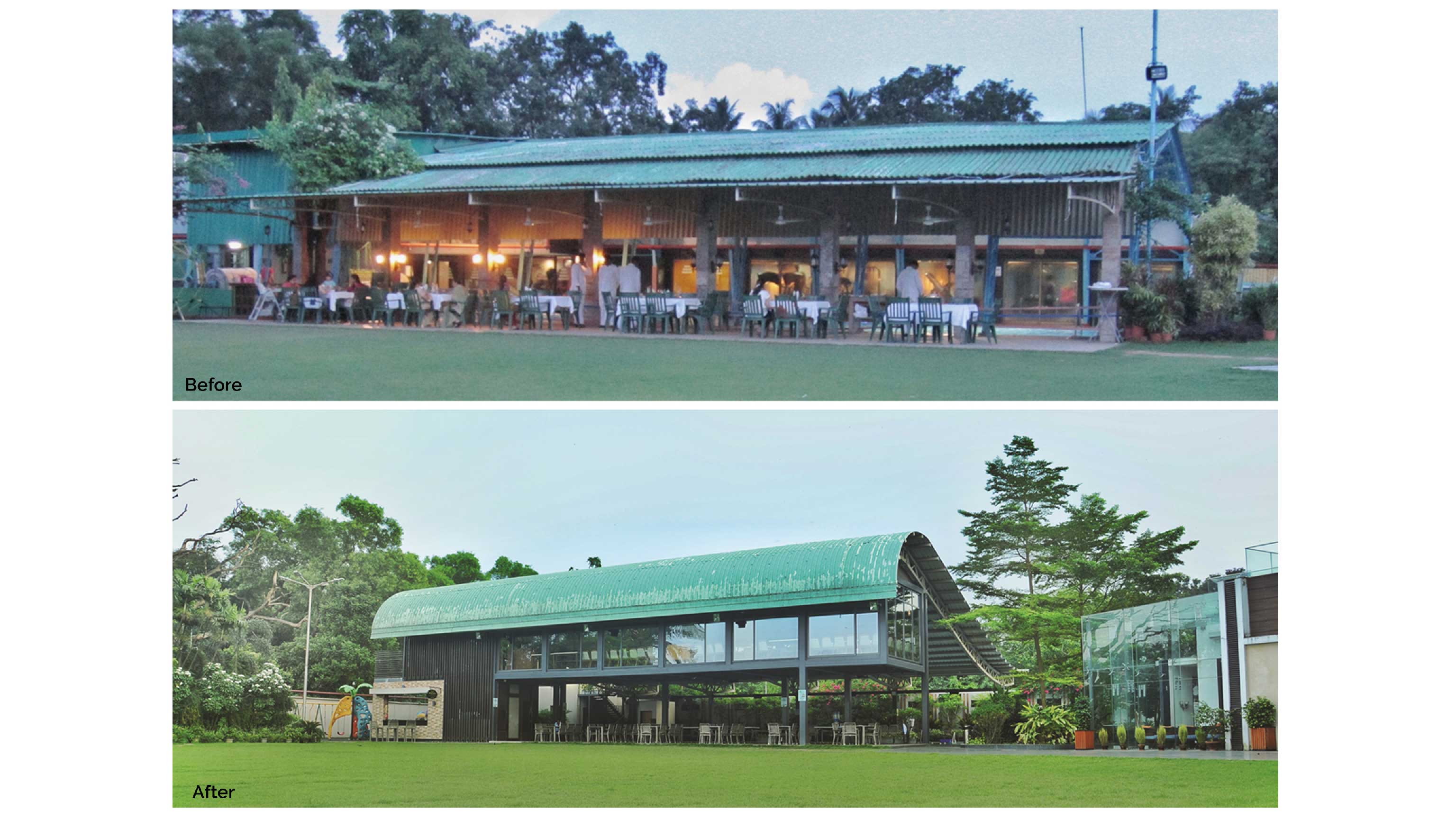 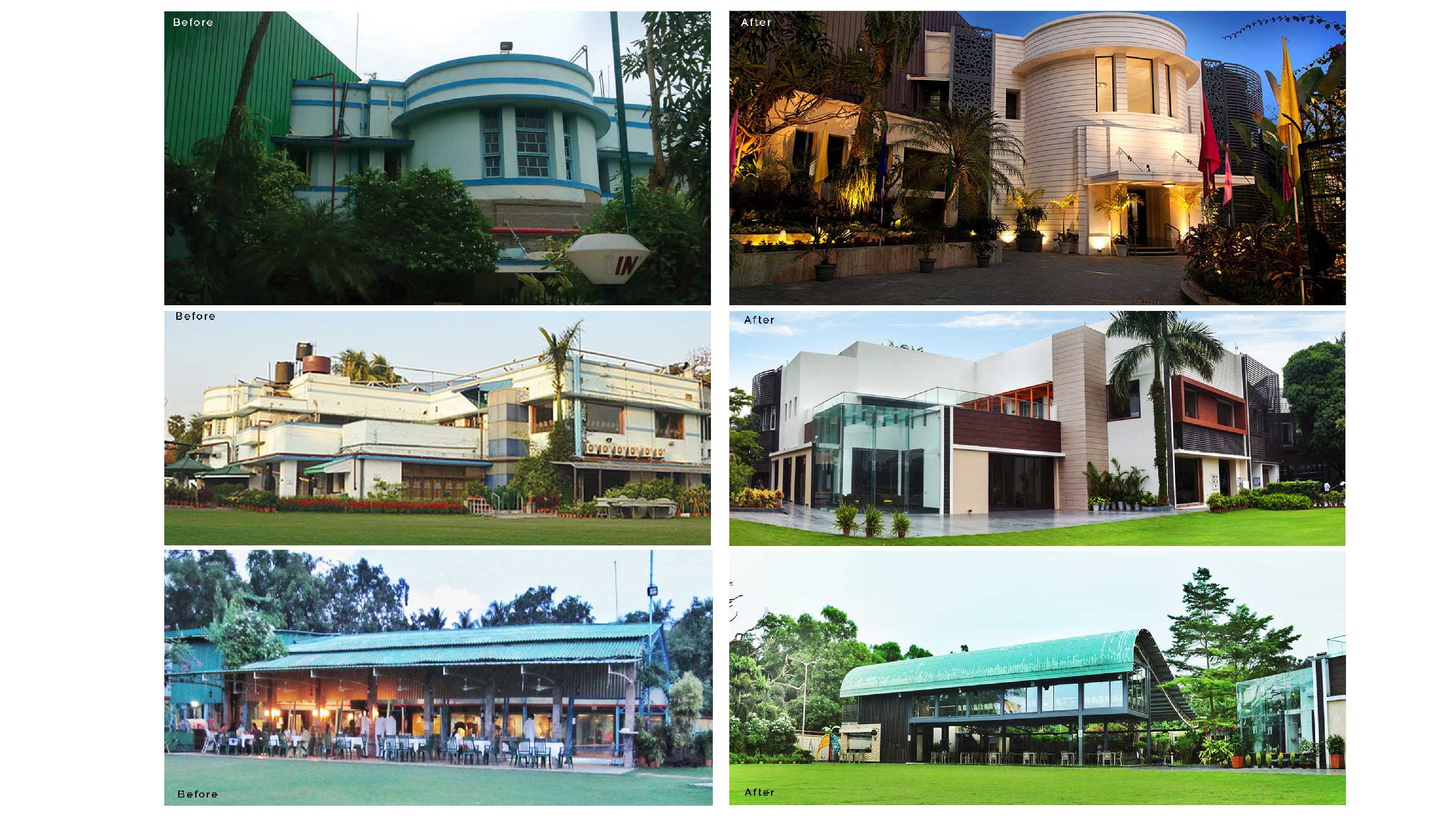 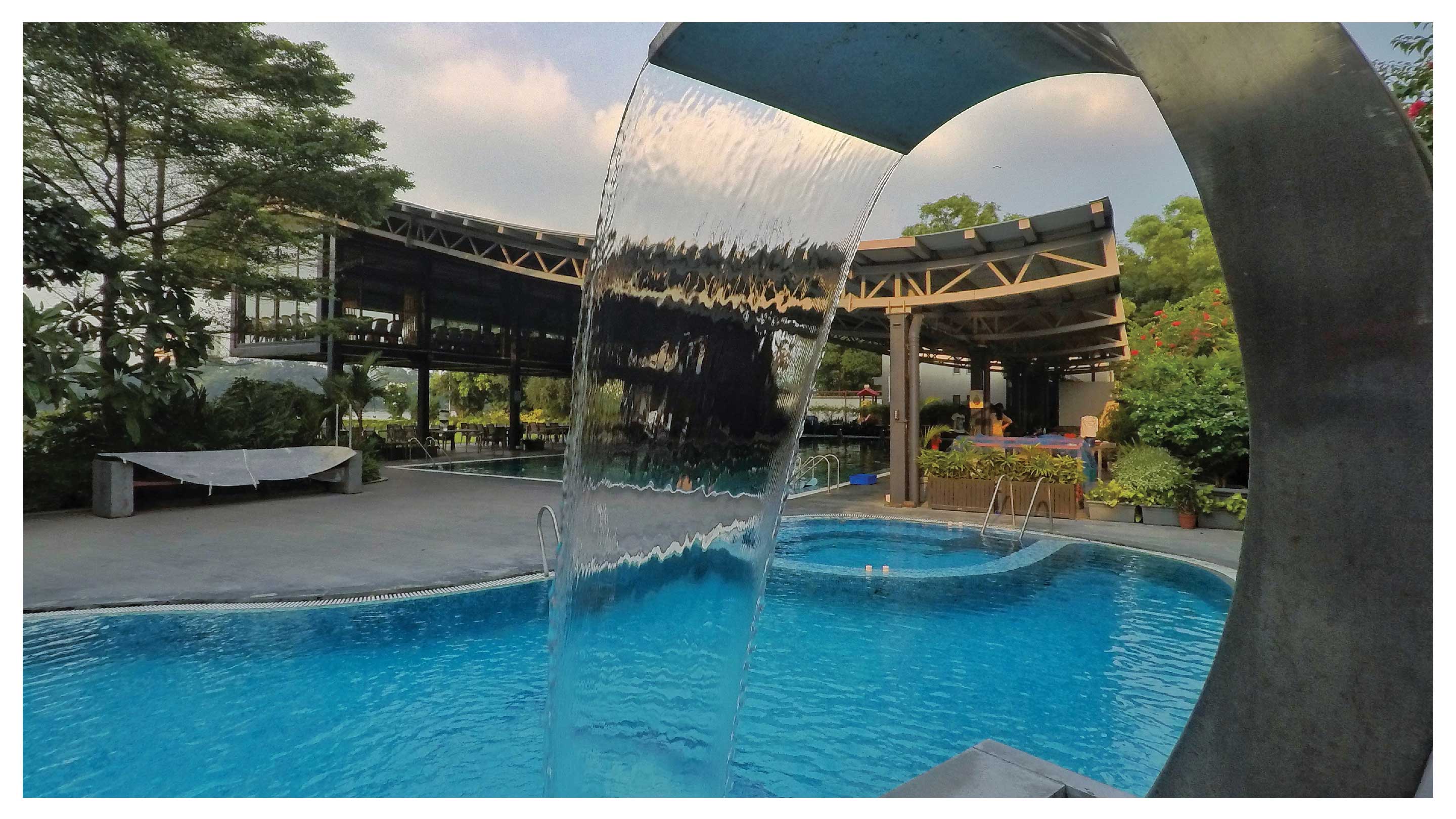 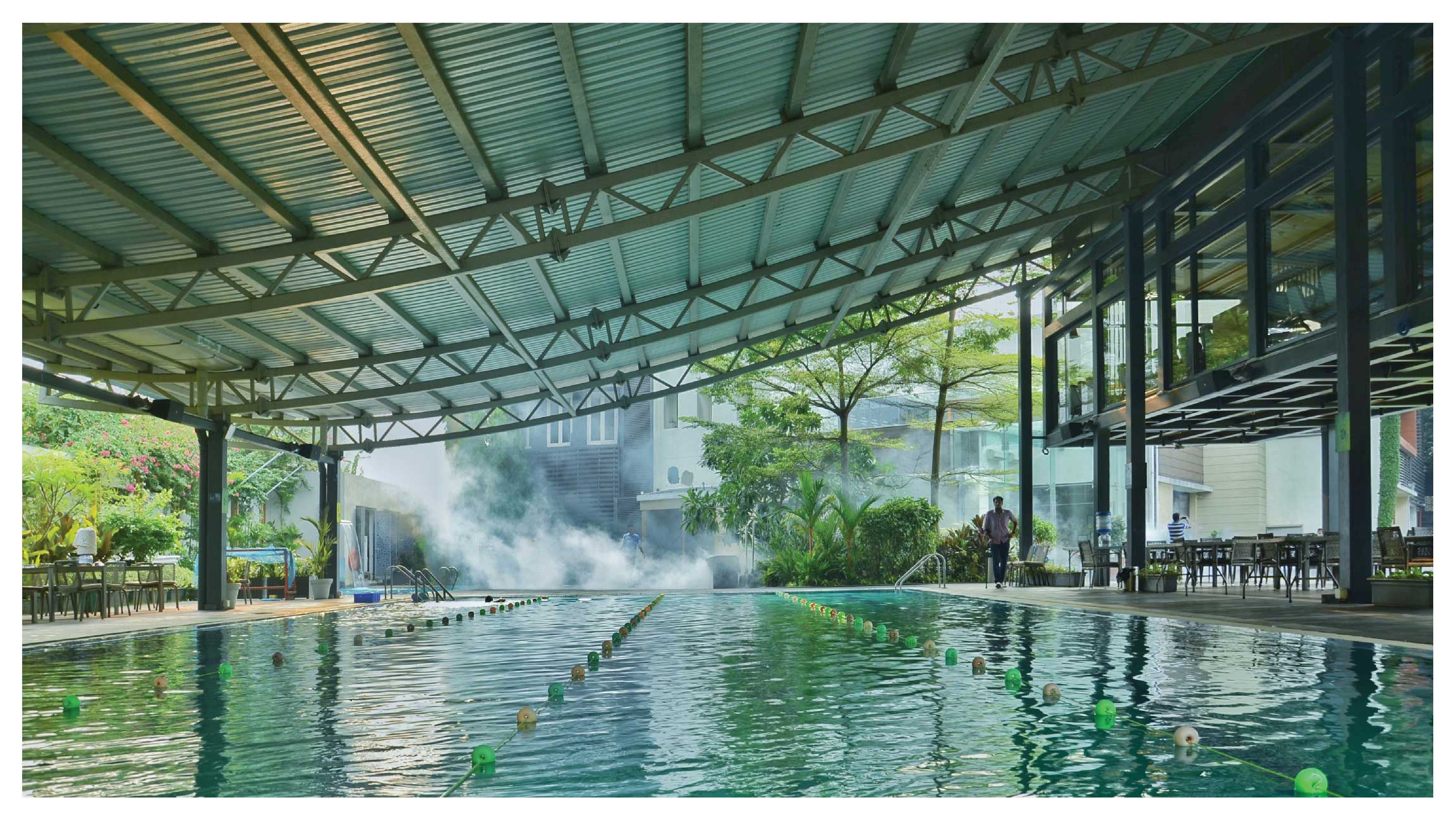 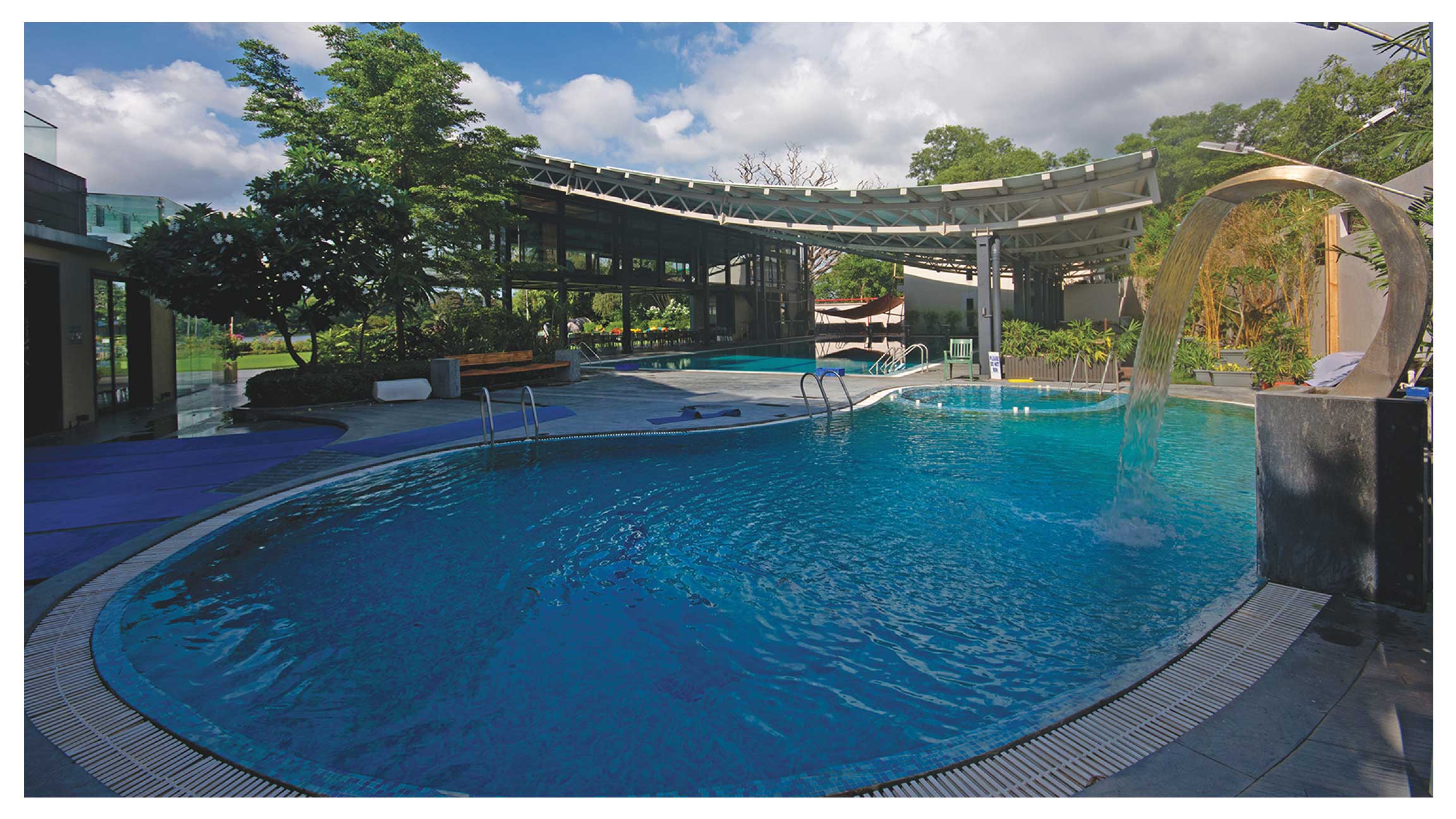 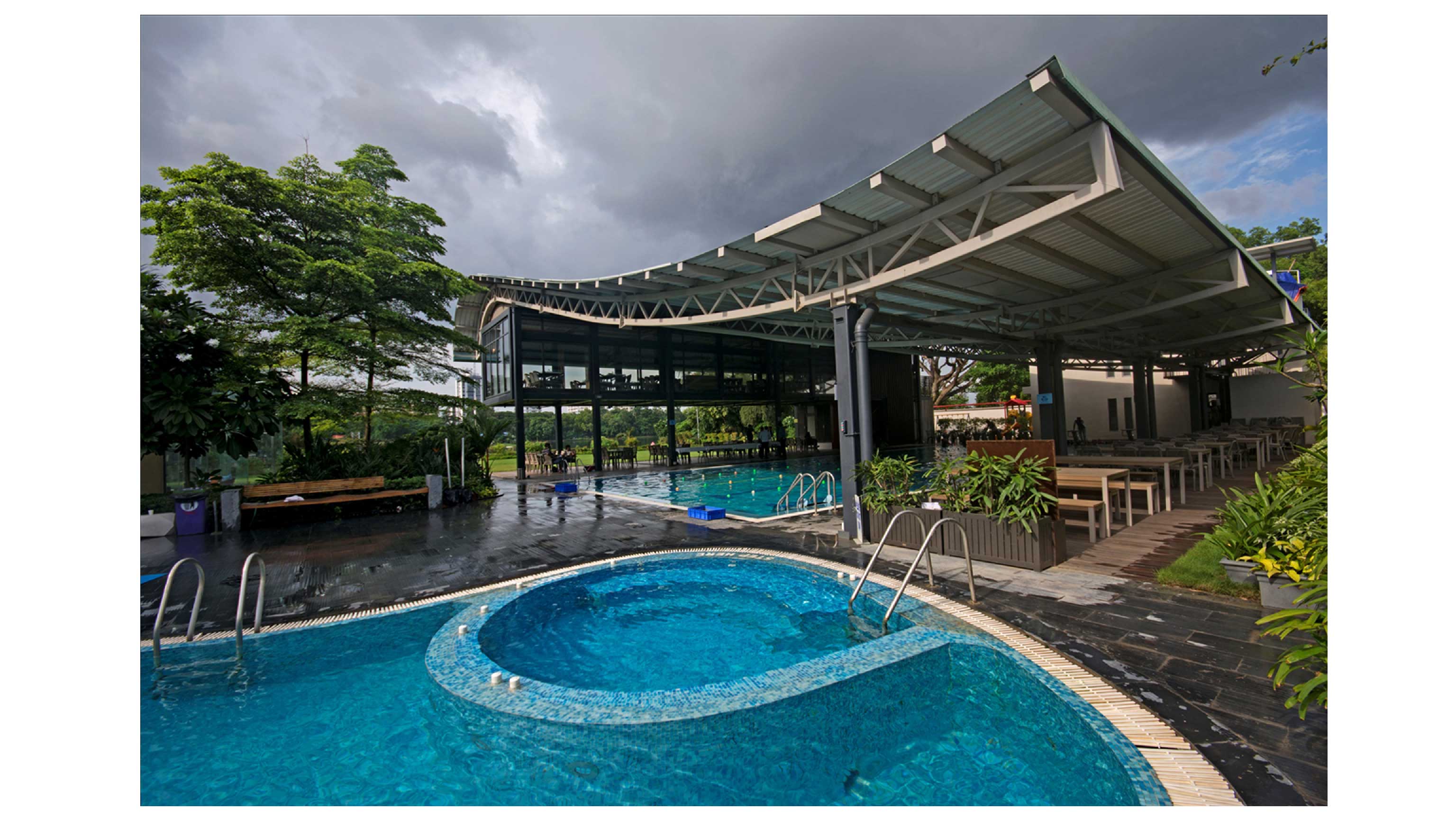 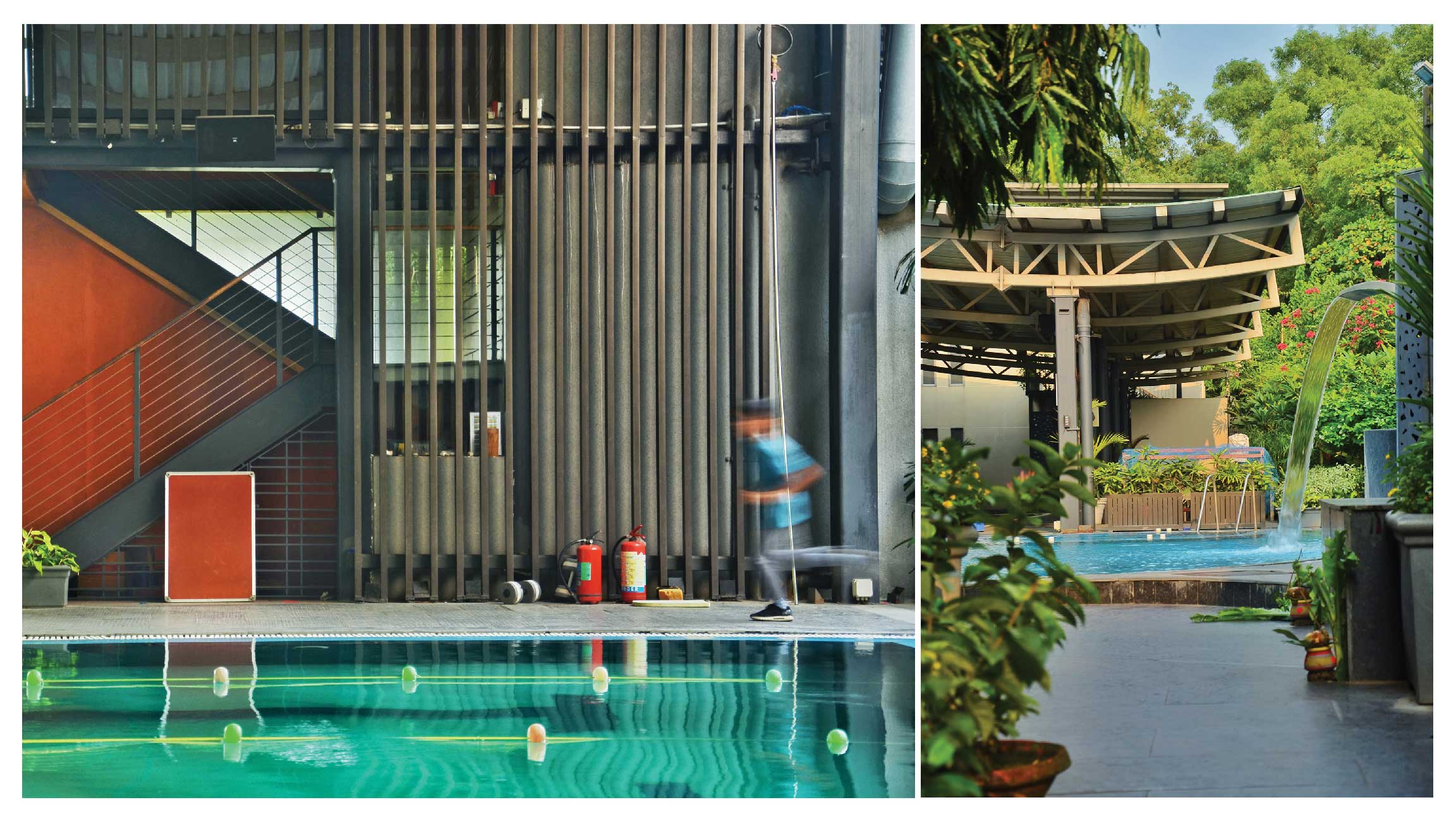 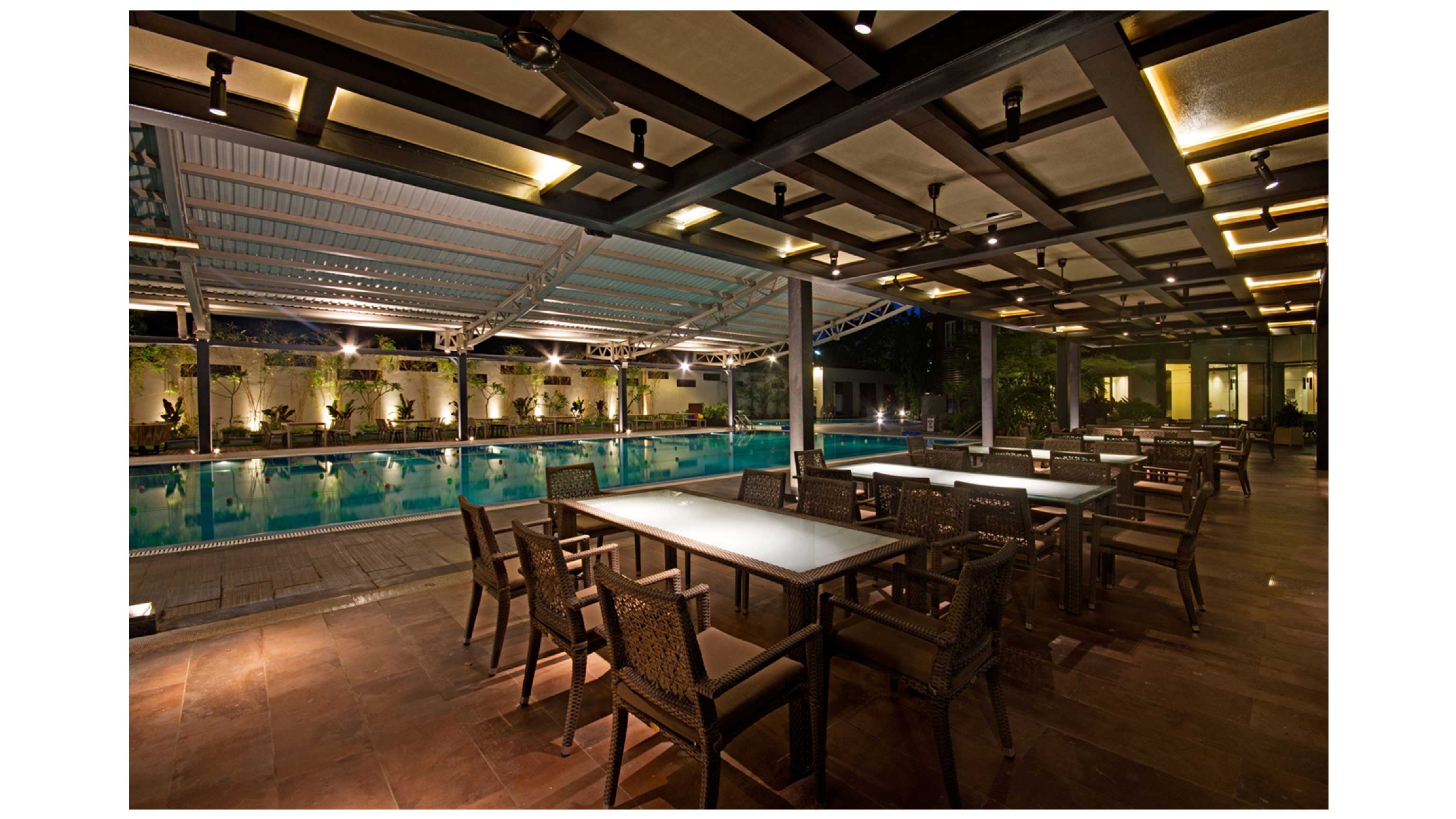 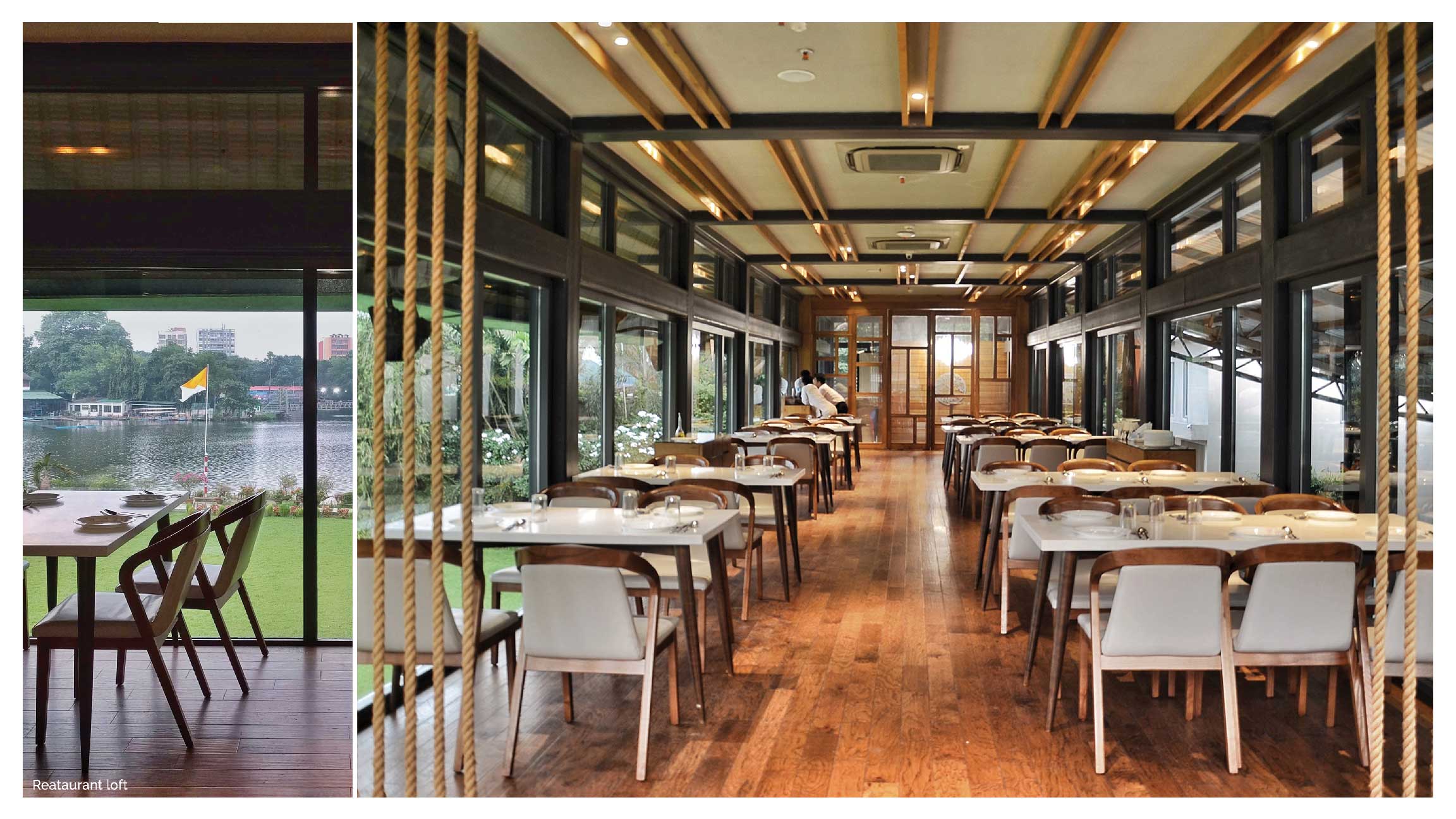 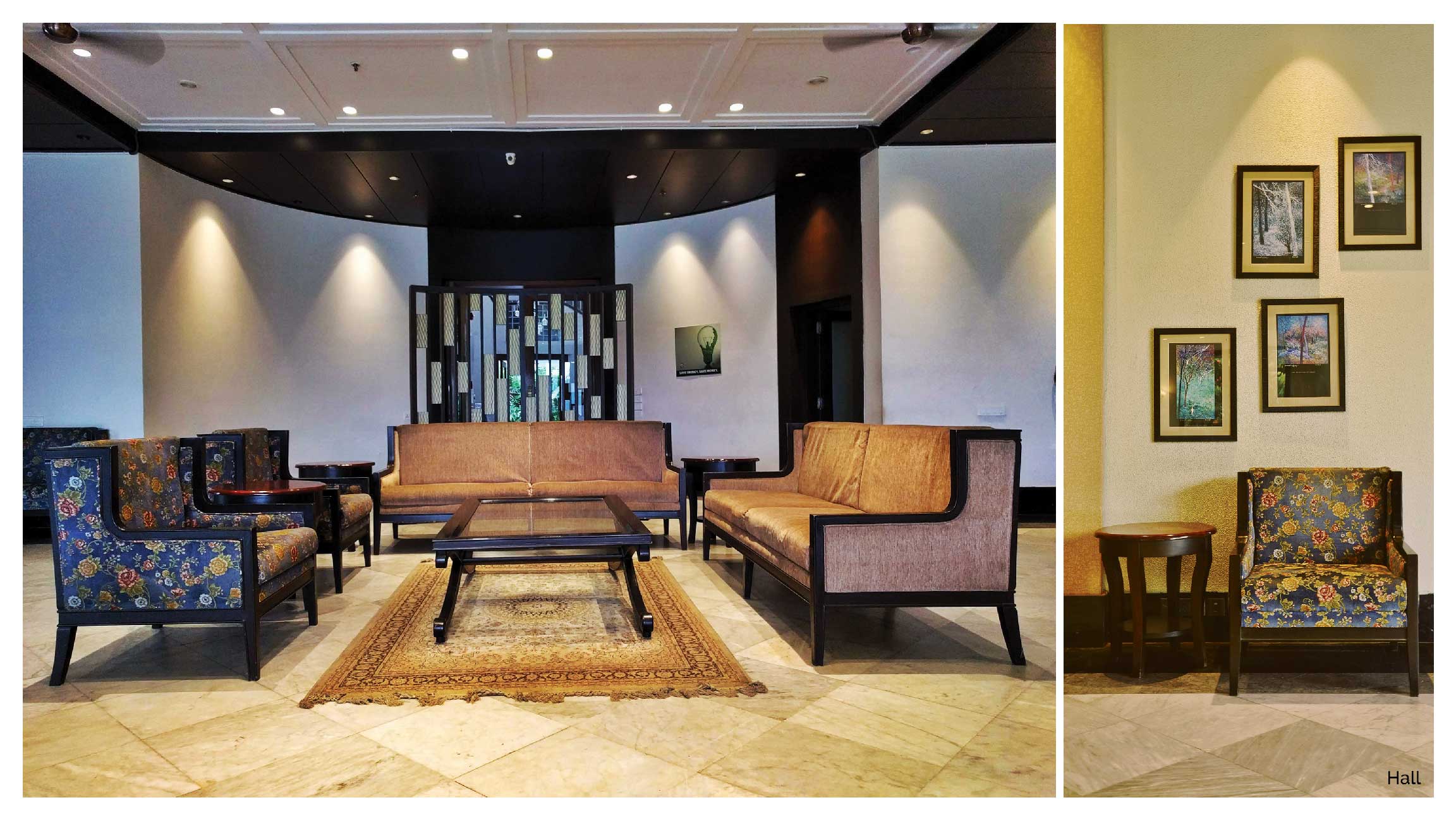 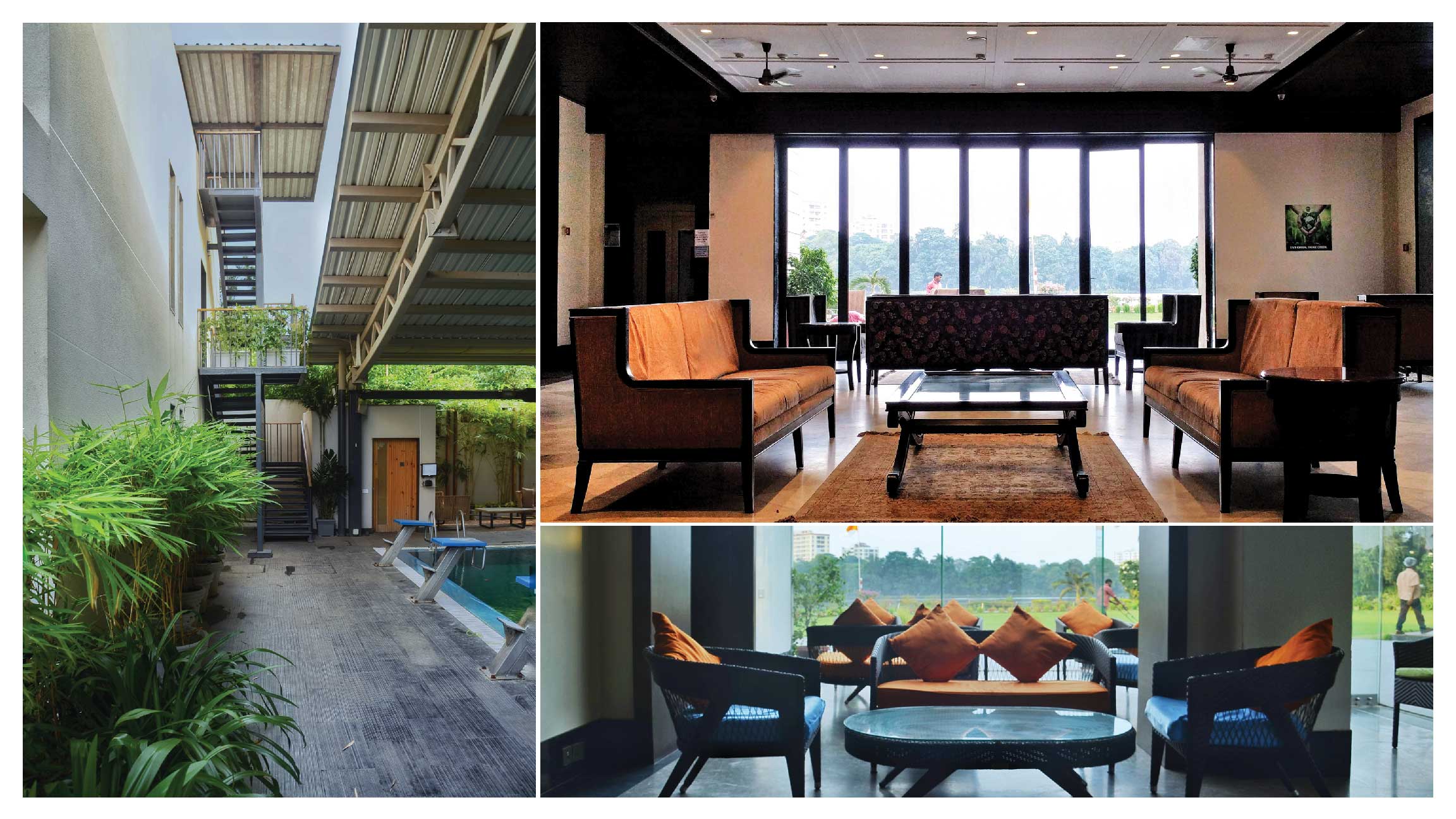 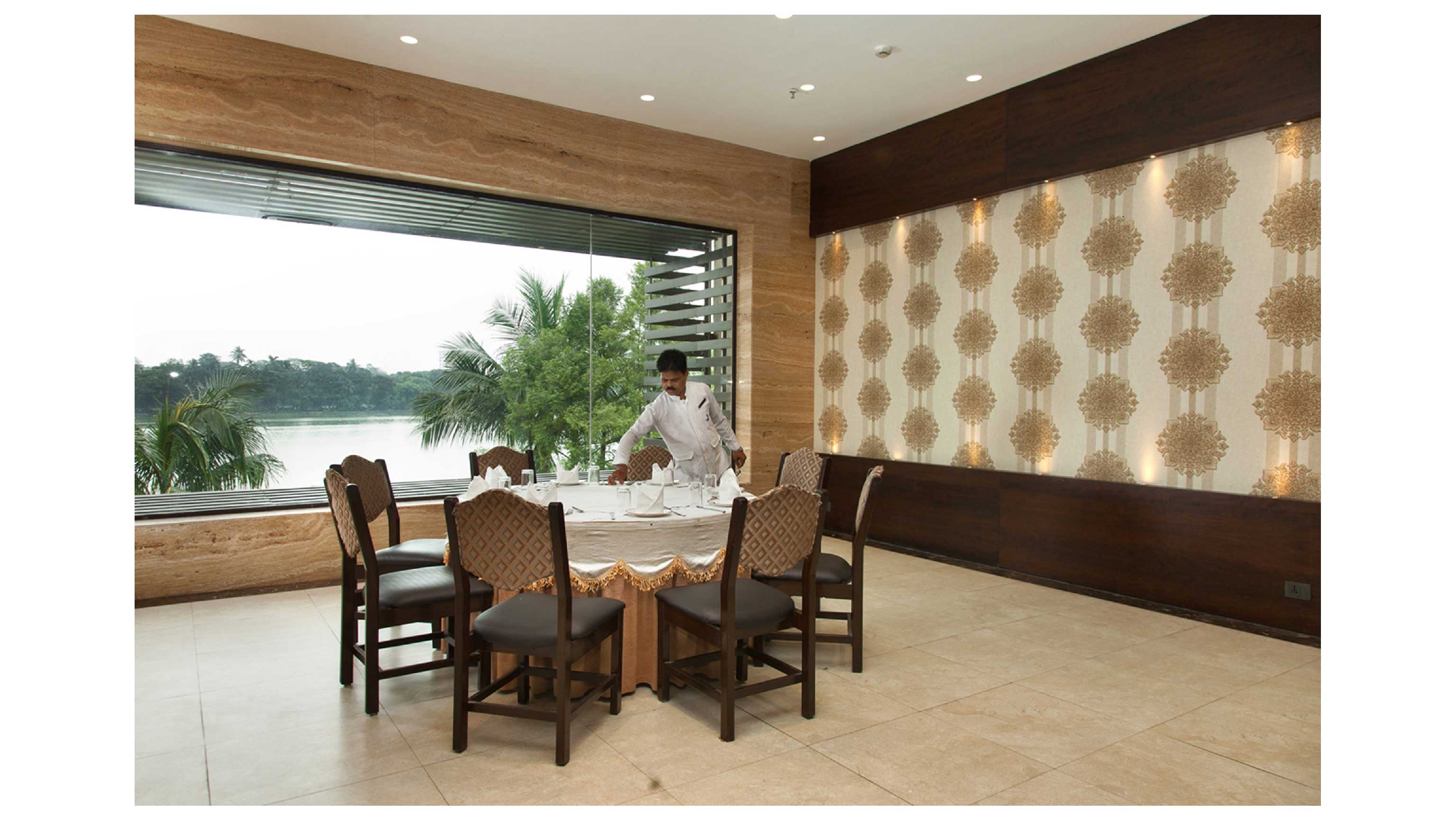 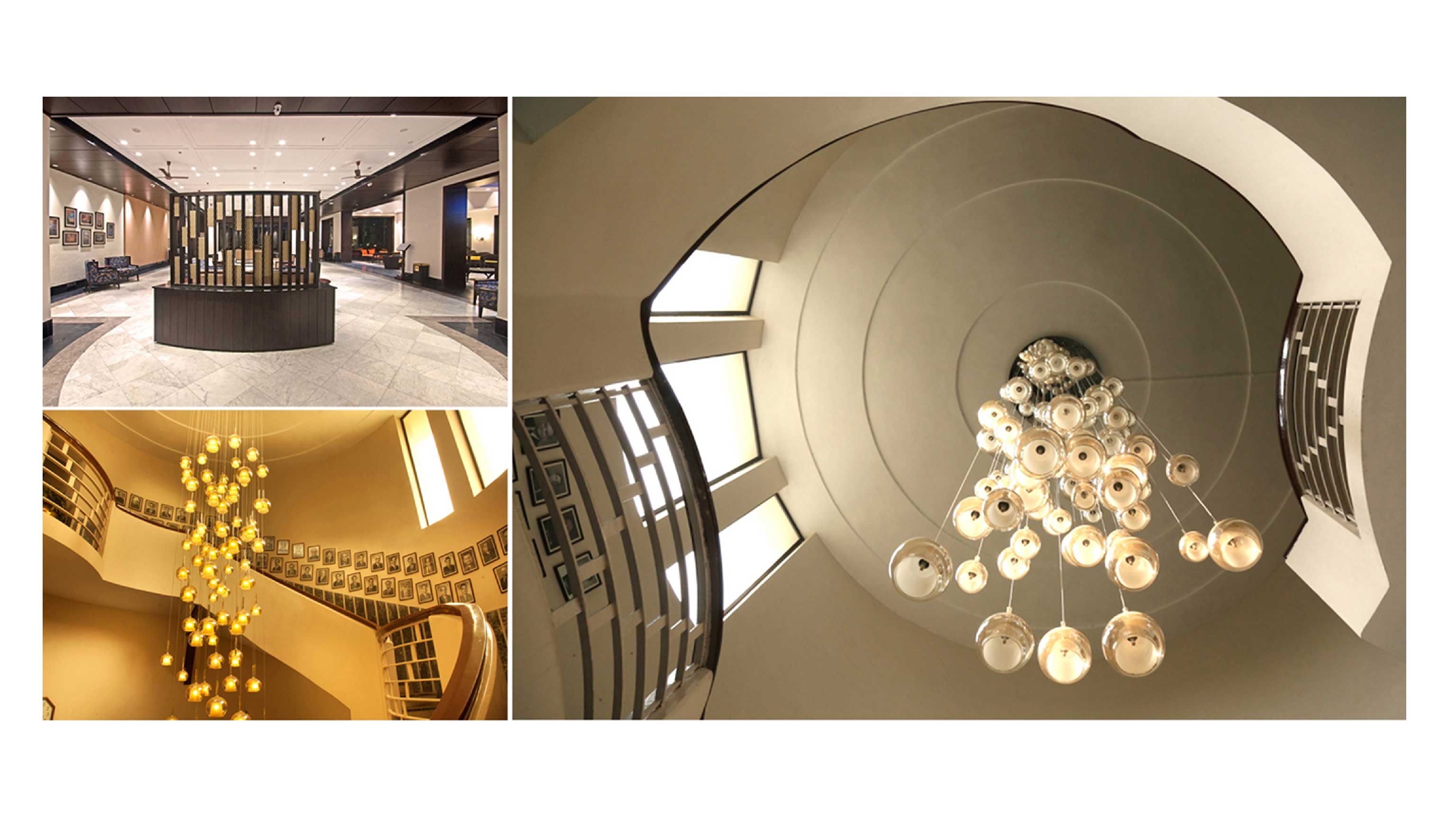 Recreation and Hospitality Architectural Design: The clubs of Calcutta has essentially been a reflection of the social and cultural fabric of the flavour present in the city. This unique expression of public architecture in the Bengal Rowing Club is done by conserving the Art-Deco drum and weaving a contemporary tropical language with visual connections and a sensitive material palette. The Club had lost its charm physically due to the years of dilapidation thus the club chose to undertake redevelopment and transform it so that it can take us to the contemporary roots. The combination of part restoration and redesign of the dilapidated edges allowed us to explore the facade so that it tunes in with the tropical character of the city. The objective was to improve the quality of the club life, the Cultural legacy of the institution and increasing the footfall of young people with a modern contemporary look yet having a sensorial and contextual meaning.

The design of the main block revolves around the restoration of the historical Art-Deco epoch which was present in the art-deco drum which sits at the entrance of the club and creating a contemporary character in such a way that the building responds back to the water body and the landscape of the area. Implementation of striations and warm colours necessarily respected the architecture of the building. The services shafts were incorporated in different areas with horizontal metal louvers and perforations to screen. The painting and aesthetics have been homogenized with the color palette of the brown, warm beige and white. This will echo the nestling comfort of nature and give a feel of an urban resort by the lakeside. The terrace on the first floor has been renovated with the glass railings to give an uninterrupted and serene view of the natural water-body attached to the property.

The public space around the swimming pool was created with a curved roof canopy beside the resurrected club premise. The curve geometry of the roof is a representation of the the landscaped contours of the lake. Expression of the built form of the curved roof consists of a moss-green coloured canopy over the swimming pool which was created to merge with the landscape of the area and at the same time be technologically smart forming a unique stand-alone sculptural form. The seamless curve creates a canopy over the decks and interactive spaces with a tropical flavour as it sits over six trusses which is further supported by steel supports that lend a minimalistic and a neat look. The two ends of the curve cantilevered floating in the sky and the vierendeel girder is added as a separate element housed below. The public space below the vierendeel girder has a seamless visual connection and conceives sitting spaces which looks over the pool for the members of the club. While, the vierendeel girder on top enhances the connection between the lake and pool, as one can look and merge into both of them from that point.

The tropical architecture of the context was an important guideline for us while designing this space. The visual and physical axes created in this dialogue was purely generated from the existing context and the needs of the users, creating this conceived curved form which is both contextually connected to the landscape and the urban realm of South Calcutta is unique to the people.