Ayan Sen Architects Urban Designers & Planners (ASAUDP) was set up by Ayan Sen with himself as the lead Principal Architect, Urban Designer and Planner in the year 2005. Ayan’s professional experience started after his graduation from the School of Architecture, CEPT, Ahmedabad in 1997. Post his initial professional training, he worked in cutting edge Indian practices at Ahmedabad and New Delhi and in urban design and architecture firms in Washington DC and Pittsburgh, USA, where he managed large scale architectural and master planning projects.

ASAUDP was started in India with the thought of providing collaborative, creative and international professional systems in the growing architectural environs of emerging India. The premise, ‘Locally Sensitive Regional thinking can get integrated with the best of International Practices and Systems’ has been Ayan’s founding pillar. Therefore, the philosophies and design ideologies have tried to invoke the regional vernacular and its expression in the modern contemporary idiom and integrate the two in a holistic manner.

Ayan has principally articulated himself in two languages – one of a contemporized colonial design which is inspired from both India’s colonial past and her current awareness of her place in the world. The second language explores contemporary tropical expressions in an amalgamation with the local context, be it Calcutta or any other Indian metropolis. The projects, which are architectural expressions as a product of the context and these design languages, explore these at some length. 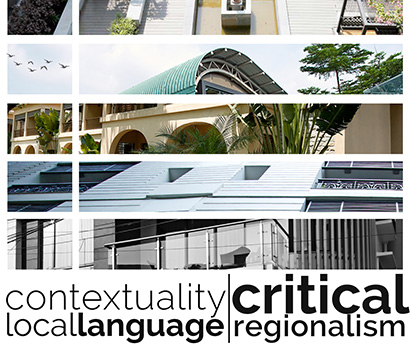