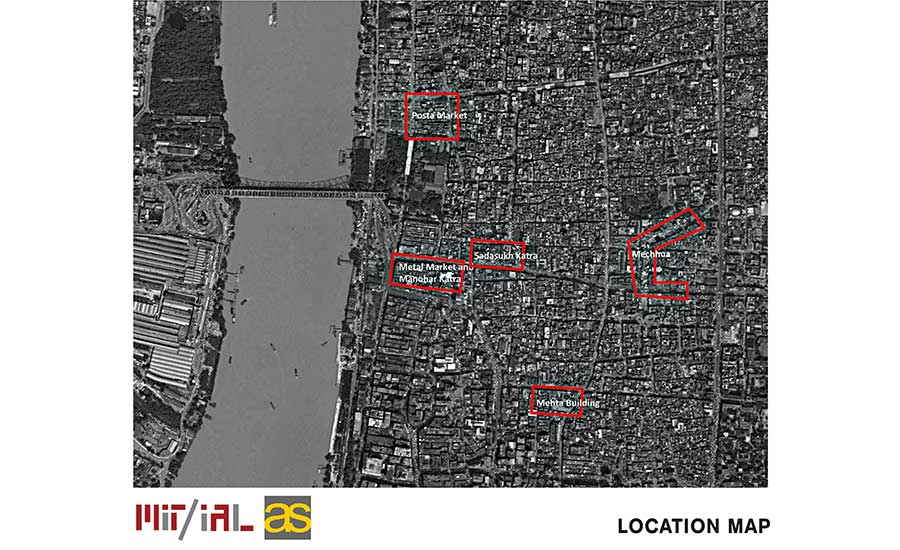 Burrabazar Research project was a collaboration between the firm and MIT-IAL conducting a research study of SME’s in Burrabazar which focussed on five major markets present in the area. The intent of the program was to study relative advantages or disadvantages offered by the clustering present, and exploring the current situation of this urban cluster of the city. The project included fieldwork and analysis of the markets and focussed mainly on the showcasing of this frozen space and time in the urban nexus of Kolkata.

The fieldwork started during January 2017, the first phase of the survey focussed on Mechua Fruit Market, Sadasukh Cloth Market, and Posta Market while the second phase got over in May 2016 which included Metal Market and Mehta Building. The study included research on various levels starting from activity mapping, footfall patterns, land-use maps to study the architectural vocabulary present in the site. Explanation of the built environment was done through detailed sections of market showcasing the activities happening in the spaces through the day. ASAUDP was guided by Ar. Arindam Dutta, the Director of the MIT Infrastructure Architecture Lab in this complete research process with Ar. Ayan Sen.