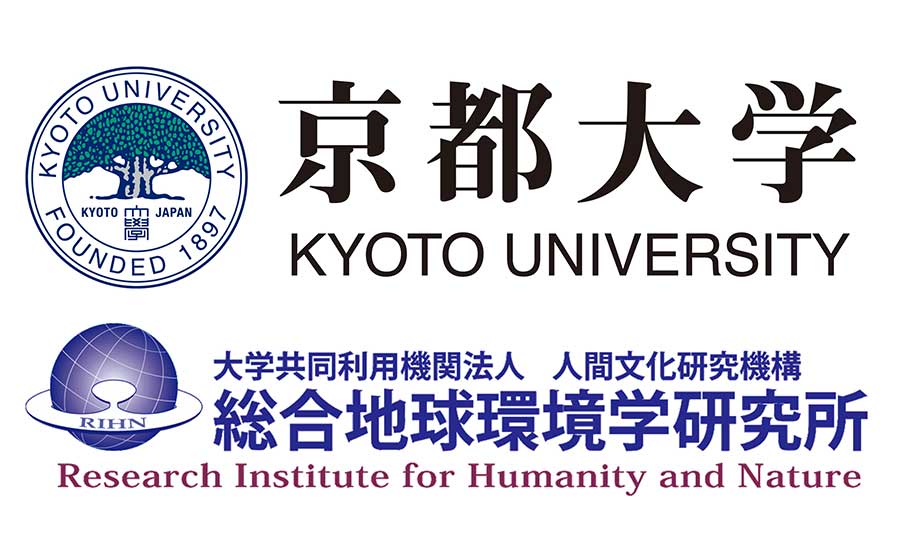 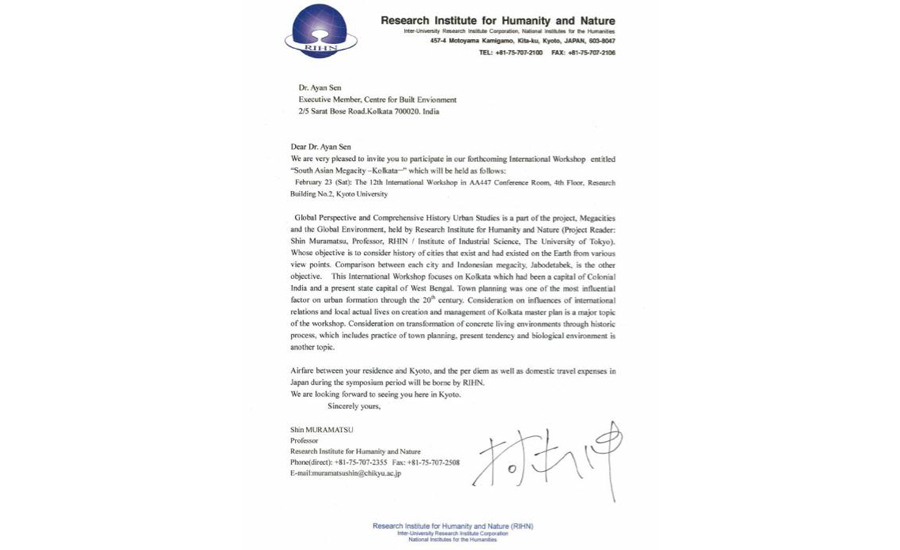 Ar. Ayan Sen went to the University of Kyoto to talk on Urban Life and Transformation of Urban Housing.

The talk focused on the Urban Life of Kolkata and its micro-economics.

Urban Life and Transformation of Urban Housing
The city of Kolkata is more than 300 years old, founded from a trio of villages by an English trader. The built forms of the early city showed two distinct types – the local settlement of the villagers, usually made of mud with thatched or terracotta styled roofs – and the European settlements which directly transported the architectural style in vogue in Europe at the time.

Since it was laid out and planned as a British Colonial city, the housing typology had significant colonial influences. But what made the built form of this city interesting was the way both the settlers and the locals adapted each other’s vernaculars to create a unique typology to suit local tropical conditions and the modified colonial way of life it entailed.

The bungalow is a case in point. The bungalow (derived from ‘Bangla Bari’ or the bengali house) was a typical colonial product for the aristocrats with both climatic and social connotations in its typology. It had low pitched roofs with broad eaves to allow rainwater to fall clear of the building; a central living space was surrounded by support function rooms – kitchens, bedrooms and the like. This was a modification of the local courtyard into a closed, but central spot, so the heart of the bungalow and the bangla bari remained the same. The building allowed for maximum light and air as well as cool temperatures and shade from the harsh tropical sun. Modern villas designed in the region today still factor for these basic climatic conditions.

The mansion was its cousin which tropicalised itself from its European origins. It often housed the gentry, and as population grew in the city, Calcutta’s European city started featuring mansion flats to house its burgeoning British population. Some of these still stand today.

The native town developed as a unique amalgamation with the local vernacular and colonial elements acting as strong influences. This developed the local mansion – the courtyard incorporated into the European style, along with louvered balconies and a formal porch with screens of cast iron grills. A visit to the older quarters of the city throw up a variety of these mansions, usually owned by Bengali merchant families, where styles as diverse as Neoclassical, Italianate, Gothic Revival and Rococo have been combined in a charming mish-mash. The cross- pollination of styles and adaptation of the forms was an impact of the social conditions of the Indian locals often trying to take on the colonial culture.

The city grew southwards in the beginning of the 20th century, as urban migration in search of jobs started in earnest. The building typology was initially late Victorian and Edwardian. However, in keeping with architectural trends worldwide, this part of the city became predominantly Art Deco in style and continued to reflect Deco and Modern elements well into the 40s. Art Deco houses were more and more westernized in their plan as the new generation of Indian executives felt comfortable with dwellings sans open courtyards. The way people lived their lives had irrevocably changed.

Post Indian independence, with the transformation of social conditions, urban migration became a flood from a trickle. People poured in from neighboring villages and states into the urban metropolis and industrial powerhouse that was then the city of Calcutta. The mood changed with India’s socialist policies and Calcutta’s subsequent Communist government with a shift in focus to housing for the masses. The advent of co- operative housing and housing for the middle classes led to flats, changing the skyline of South Calcutta from Art Deco to concrete blocks in the last four decades of the 20th century. The housing supply shortage continued and led to planned development by the local government. Public housing by housing boards responded to the huge demands of housing the masses, mansions and flats were replaced by a standard modern prototype. Large residential complexes were planned and built across the city. Communities were established and developed in order to innovate and reduce common areas. However, the master planning for most of these complexes was cookie cutter and often lacked articulations.

However, the capitalist influence of housing production did not leave Kolkata and many private sector real estate developers flourished post liberalization. A model of Public Private Partnership (PPP) was developed to leverage on the energy of the Private Sector and provide affordable housing in a planned complex. This, coupled with the influence of the modern movements, and the pressure on urban land, led to more space efficient flats in the early 21st century. These later PPP models are creating a mix of housing types and sizes. There is a growing trend towards thinking of the residential community, master planning over large spaces is an established practice, shared social amenities and a sense of space is becoming critical. Some of these projects are modern, others a fusion of styles of some build on the contemporary colonial fabric, and some others lean on the tropical vernacular.